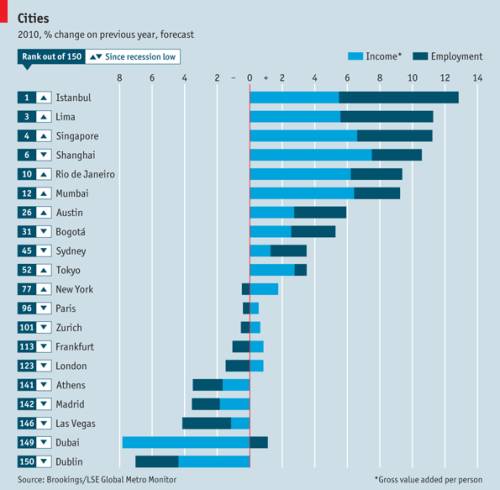 CITIES are the great engines of growth in the world economy. Istanbul, with income growth of 5.5% and employment growth of 7.3% over the past year, is currently the world’s best-performing city, according to a new report by the Brookings Institution and the London School of Economics. The report ranks 150 cities from across the globe according to growth in gross value added per person (a proxy for income) and employment. The 150 metropolitan areas represented just 12% of the world’s population but accounted for 46% of the world’s GDP in 2007.